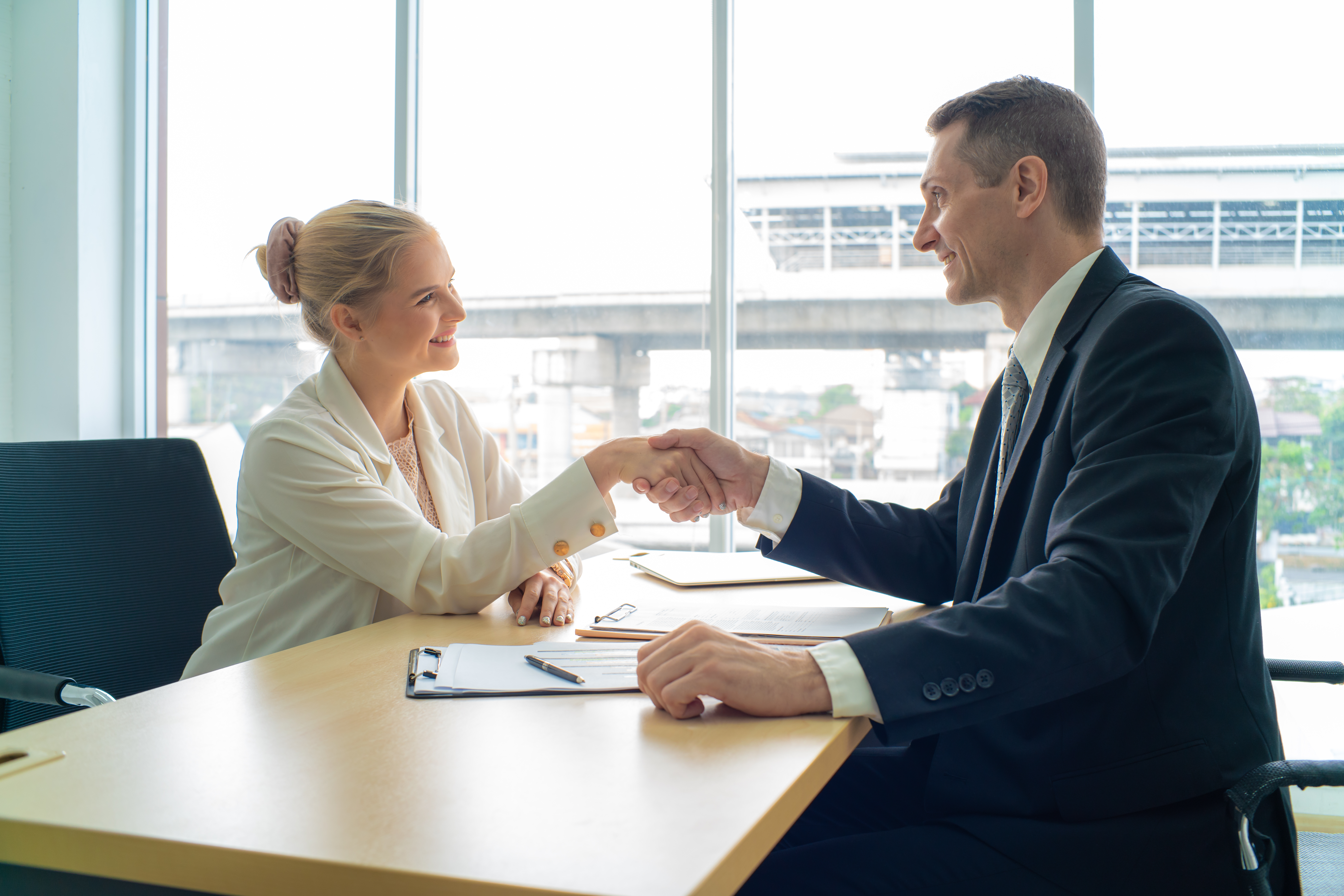 An argument or dispute is referred to as a conflict, and it can happen in various situations and places, including the workplace. It's critical to comprehend how to negotiate and settle disputes.

You'll frequently need to read nonverbal and vocal communication cues, maintain composure and emotional control, and attempt to comprehend the positions of the disputing parties if you want to resolve conflicts successfully.

What is Conflict Resolution?

Conflicts may occasionally occur at work when two or more parties have divergent goals, viewpoints, or behavioral preferences. Conflict resolution is the art of handling disagreements and locating a common ground that enables everyone to cooperate harmoniously.

Sometimes the person who settles a dispute may be a third party or mediator, while other times, they may be a party to the conflict, using an objective viewpoint to address the issue.

Dr. Job is here today to show you conflict resolution skills and techniques.

Being fully present for the other person's words is essential to active listening. Although salespeople frequently use this competency to better connect with customers during a pitch, any accomplished professional should also be able to use it.

Maintaining an open mind (as well as open ears!) is the most important thing you can do to enhance your active listening abilities. To do this, pay attention to the other person's use of language.

Then, reply in language similar to theirs. That shows that you paid attention and aids in dispelling any ambiguity regarding the topics being covered. In addition, remember to clarify any points you're unclear about and put your attention on figuring out what the other person wants.

A bias for action entails actively finding out the following steps instead of passively waiting for someone else to take action. That could appear in conflict resolution as a coworker aggressively wanting to fix any issues they may have caused with another person as soon as possible after becoming aware that they may have offended them.

A manager might also become aware of a disagreement and intervene to end it before it has a chance to fester.

Emotional intelligence is recognizing and comprehending your feelings and those of other people.

This ability is crucial for conflict resolution since it stops things from worsening. Everyone concerned may think sensibly and creatively about a solution. Communicating with your adversary without provoking them will be simpler if you can accurately read their feelings.

The capacity for perspective-taking is the capacity to appreciate another person's viewpoint. Consider the possibility that a customer calls customer support because they are unsure how to use the business's product. What are their ideas, triggers, and observations?

Even if the customer care representative who answers the call is well aware of how to utilize the product, they might still gain from knowing the client's difficulty. These discussions may assist in identifying areas where product design or training needs to be improved.

People don't like being incorrect, and because of this, they frequently maintain their position on an issue, making conflict resolution challenging. You'll need the patience to settle a dispute with someone like this.

Even if the answer seems straightforward, it's vital to remember that the problem cannot be resolved immediately. Even when there is an obvious solution, jumping to a conclusion too quickly might make people feel excluded from the decision-making process. Ideally, you should give each speaker their due time and weigh each argument equally.

Taking the time to weigh all your options can help you develop a long-term solution that will spare you headaches.

You may set up your immediate environment to facilitate dispute resolution. For instance, a manager in charge of two distinct groups might bring those groups together in a welcoming conference room to discuss areas of contention on a shared project. Giving people the time and space to talk can help the argument end quickly.

Conflicts might be challenging to end because people don't always focus on the disagreement.

The conflict may occasionally provide a venue for bringing up old grievances that have grown between the parties over time. The current situation cannot be fixed until the previous problems are handled.

It's preferable to keep the disagreement and the parties involved apart. Please don't concentrate on the individuals and their traits.

Instead, focus on the issue and your search for a solution. Though it could be necessary to resolve those old problems at some time, don't put the current issue below those from the past.

Recall the distinction between essential and urgent. The other significant problems that prevent you from achieving your goals can wait until you have resolved the urgent ones.

An impartial third party is involved when a problem is resolved through mediation. A qualified expert, someone from an outside organization (like HR), or a party not involved in the conflict who can offer an unbiased viewpoint can all serve as mediators.

A competent mediator can summarise their hearing and seeing to show progress and agreement.

You can use the following steps to settle a variety of conflicts at work:

1. Keep your cool and take a break.

It can be beneficial to take several deep breaths. You can also relax by drawing your shoulders back and sitting down rather than standing. Instead of crossing your arms or moving them, keep them open and by your sides.

2. Locate a quiet, welcoming location where you can discuss the issue.

Others may become distracted by disputes as well as the resolution of conflicts. Locate a private space where you may work on the issue. Equitable seating arrangements should be made for those participating in the conflict settlement. Think about providing water during the chat.

3. Recognize that there is a problem.

It is beneficial for all parties to initially acknowledge that there is an issue to have the best opportunity to have a fruitful talk. Start the conflict resolution process by calmly outlining your perspective on the issue and inviting the other party or parties to elaborate.

Instead of saying, "You never listen to my ideas," it's crucial to say, "I feel like my thoughts are not respected." Instead of blaming the disagreement on one person, try creating a space where everyone feels safe to express their views.

After the issue has been identified, everyone must concur that a solution is necessary. If you're mediating a dispute and one party is reluctant to join in the resolution process, you might want to speak with them privately to understand their position better and how you can persuade them to participate.

The majority of confrontations at work do not involve malicious intent. Instead, misunderstandings are the primary cause of most conflicts. It can be simpler to settle a dispute if you use the conflict resolution skill of active listening and take the time to listen and comprehend your coworkers' experiences.

6. Note the circumstances that led to the conflict.

Conflict may have resulted from several unidentified stressors on people. Conflict can be sparked by various factors, including deadlines, fatigue, family, health, hunger, and burnout. It can be helpful to negotiate or avoid a potential conflict in the future if you are aware of the triggers and stressors of the other persons involved.

Most disputes require at least one party to accept a compromise to be resolved. At this point in the resolution, the ability to put aside pride or stubbornness is crucial. If all sides can find a way to compromise in some way, the outcome will feel the greatest to everyone concerned.

8. Plan a strategy for resolving the issue.

At this stage, everyone should ideally be thinking about how they contributed to the problem and what they can do to fix it. Create a plan of action for addressing the issue, including steps for each side, before you cease communicating.

The parties may reach an agreement that includes an apology and requirements for changed behavior to prevent the problem's recurrence.

The manager could schedule 1:1 meetings to listen to suggestions the employee has recorded throughout the week, for instance, if the employee feels their ideas are not valued by their management.

9. Make sure the deal is still in effect by checking in.

In conflict resolution, action must be taken. Even if the conversation goes well, its meaning will be lost if the settlement plan is not carried out. Establishing a check-in point to review how everyone feels and ensure that everyone is adhering to the agreed-upon plan within a few days or weeks will help set expectations.

10. HR or another party should be involved if the conflict persists.

The conflict should be resolved if the stages above are followed, and conflict resolution techniques are used. However, there may be instances where one or more parties don't work together, or the dispute worsens. It is best to consult HR or higher-level leadership in this circumstance.

Things can quickly get out of hand when we have a disagreement that we don't address, whether at work or in our personal lives.

That's why it's crucial to utilize efficient methods of resolving conflicts immediately. Best of luck with conflict resolution!

get the latest jobs!
post job offers for free!

How to End a Letter: Ultimate Guide with Best Examples (+Signature Tools) 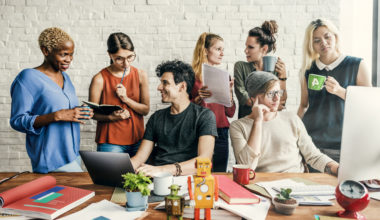 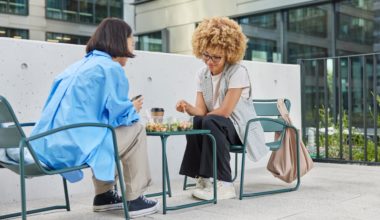 Read More
CCareer Tips
Spread the loveInstead of joining in on the conversation, try something new and different: active listening. That is… 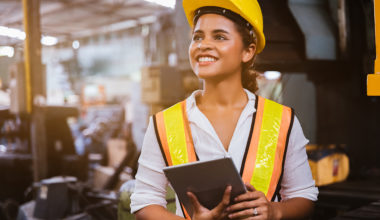 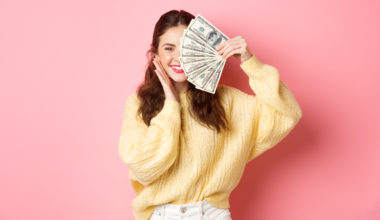 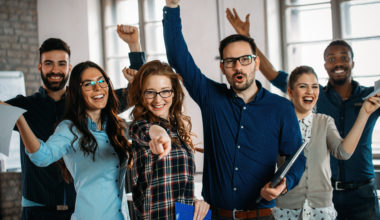 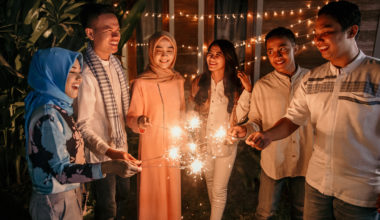